So, as a big fan of dreams, and, a very heavy dreamer, I do try to occasionally write them down.  I know some people say that we dream in black and white but I tend to dream in full HD color.  So I am trying to find pictures that are as vivid as the dreams I have.  I think the nightly watchings of myself and the Milis have caused a little of this.

I am back in college for acting.  I think I am taking a masters, has to be since everyone is older.  My friend Steven is there.  Odd, since he was a history guy.  I am in my english class and it's over very quickly.  I notice my favorite hollywood/bbc crush is in the room (Mr Cumberbatch).  I think it's odd he is there and there are massive whspers as to why someone who really can't fail at acting would come back to school.  There is a very strange negativity to the whole conversation.  A big, "how dare he come to our school.  Doesn't he have a movie set to be on?"  In my dream I think his acting career has cooled WAY down and he is just trying to better himself at his craft.

Under a blush I go to my next class, talking to Steven the whole way.  We are kinda giddy this guy is here.  What's everyone else's problem right?  I get my days switched up and walk in on a science class.  Not recognizing anyone I see my mistake and run at a break neck pace to my next class, which is some sort of acting class where my old professor, DOC, is teaching.

The class is in this massive amphitheater made of stone.  Everything is sold white, almost blindingly so.  Mister Cumberbatch is in the middle of a monologue and for some reason everyone is just not having it.  They are coughing, snoring, rolling their eyes and, basically, being children while he performs this amazing monologue.  It's from some piece written for him for some movie he is going to be shooting soon and Steven and I sit next to one another to watch.  There is a girl holding his stuff.

When it's finished everyone has these outlandish criticisms that make no sense to me, or Steven.  Doc is trying to tell everyone how important constructive criticism is but that "just because you don't like someone personally you don't need to take your lack of talent out on them." Class ends really soon, yes I was that late.  I walk up to Benedict as he is walking away and tell him what a big fan I am and tell him I think he was brilliant and will always be brilliant and I really look forward to classes with him.  He smiles and walks out of class with the girl he came in with.

Steven tells me, "You know he's taken."  I smile and tell him, "I know.  But I can tell him how amazing he is because he needs it.  And I don't have to sleep with someone to admire and love them with all my heart." 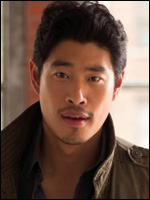 I am at a wedding.  It's someone I don't know in real life but apparently in the dream I know all too well.  I am there with my date.  He's some short hot asian guy.  I give him a gift as some sort of inside joke.  He doesn't understand.  Infact it was this guy.  Some folks know him online and I have never seen him before this morning.  He's famous, may have been on tv.  But I don't watch 2 broke girls or read angry asian man.  So I give him some gift and he kisses me and tells me he loves me.  I have now decided once this wedding thing is over I am leaving him since we obviously have no connection to one another what-so-ever.  I tell no one.  As I am walking to the location.
The location is georgeous.  Today it's cloudy and overcast.  There are white chairs everywhere.  The place looks like it was in Maui.  Palm trees and green grass.
There is a giant marble slab with columns stretching up, had to be, 50 feet.  White fabric is draped everywhere and there are georgeous red roses all over.  Everyone is beginning to sit and suddenly my mother walks up and tells me, hey, now is when you should get married to *insert name here*.  I honestly can't remember.  I tell her no and then suddenly the entire crowd, as the wedding is beginning, gets up and tells me no the preacher will totally marry you right now.  I tell them no, this isn't how I want to do it.  Suddenly, I find myself standing at the alter next to my friend who is getting married, stareing at the hot Asian guy shaking thinking I can't do this.  My mom tells me it's nerves and I say, no I really don't want to do this.  This isn't what I want.  I want to go find a preacher in the middle of the night and get married.  I want to go to the Justice of the Peace and get a license, I really do not want this big white wedding.  I am crying and upset and suddenly Hot Asian Guy, in his tux, looks at me and says, you know why I love you?  Because you gave me that sweet gift I didn't understand and I still want to be with you.

Suddenly, in a weird out of body dream moment.  I see myself run to a very nice classic car.  Like the picture but blue with tinted windows.

And apparently I keep screaming no I don't want to get married now to him.  I hear myself and think, wow, stop forcing that poor girl to marry him.  She doesn't want to.

The dream suddenly jumps to much later.  Everyone has gone to the after party and I am alone with the rejects in my t-shirt and shorts walking around and I see the other folks who weren't invited to the party hanging around playing with dolphins.  I walk over to the white sand and step into the blue water and a baby dolphin starts playing with my leg.  I pet him and we begin to just play.  I feel free and everyone says they are going to go sailing.  I see this massive schooner sailing off with a giant burlap flag flying.  They are trying to wave me on and I don't think I can make it.  I smile and with a run and a superhuman leap I manage to granb the burlap flag and get dragged along the back of the boat until  can pull myself on.  Then...

My brain goes fuzzy and  don't remember the rest of the dream but it's there.  It's weird.  HAHA!
Posted by Lilly Nelson at 10:44 AM No comments: