Bitter Bloggings From an Optimistic Actress: Not Enough Time...

Vlog number 1...also my drive to work.  Yay for taping your iPhone to the visor.

Posted by Lilly Nelson at 7:29 PM No comments:

First of all I would like to start this day off by saying I am sorry for anyone related to Mr Phillip Seymour Hoffman or anyone who knew him.  He was a great actor and we should count ourselves lucky to have seen an actor of his magnitude in our lifetime. 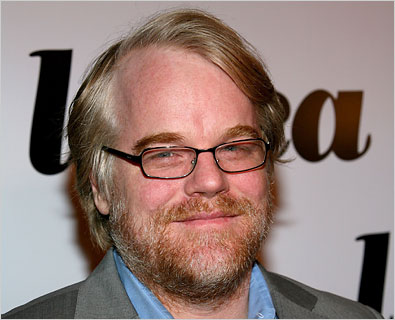 Second, I would like to shed a tear for anyone else who has lost a loved one today.  I noticed on Facebook several Grandparents were lost.  There are people in different countries in different time zones who have lost people they love and know personally.
Thirdly I leave this message to all the talent of Hollywood.  Sit down Kristen Stewart, I said talent.

STOP OVERDOSING AND KILLING YOURSELVES!!!  We look up to you for your skill.  We strive to be as brilliant and engaging.  We pay thousands of dollars of money we have scraped together over months to be able to take a class that you may have taken in the hopes of being able to work with you.  Know you.  Learn from you.

Goodness knows Hollywood is filled with untalented actors and bad cinema.  The worthless talentless of society flock in droves to Hollywood for the money and fame, and Hollywood gives it to them.  Hollywood has cut down on the opportunity for brilliance by casting for looks, casting for money, hiring people who should never be on camera.  They have turned something so amazing and beautiful, our great storytelling art, into something ugly and brutal and commercialized.  HOW DARE YOU!

The younger generation of artists are fed a watered down version of what brilliance is and how it is meant to be.  They don't know the beauty and innocence of a Natalie Wood.  The regal honesty of a Rosalind Russel.  The elegance of an Audrey Hepburn.  They don't know the grit of a Paul Newman or the Comedy of a Jack Lemon.  Sure they could seek these out, but when you are fed chopped liver your whole life while those around you call it veal, are you going to believe there is anything better?  The younger generation are unlikely to have seen good cinema, because you have to look for good cinema.

And it's only going to get worse.  Can you imagine a world where the performances given in a Twilight or The Room receive an Oscar nod?  Or even worse, an Oscar?

We recognize the work of being an actor.  It's hard.  I myself work several jobs and am a working actor.  I get it.  I may not have the tabloid pressure, or the money loss.  I haven't had the opportunities to be in the fame game.  I can imagine it's quite a monster.  I know how destroyed I am when I lose opportunities for smaller roles, roles you haven't had in years.  And who am I to tell you to stop with the drugs?  You're big and famous and I am small potatoes.

I am one of at least one million people.  Someone who looks up to you.

I am trying to hard to be where you are so that I can be a storyteller, just like you.  I want to make people cry and laugh and feel deep emotions they've forgotten about.

Please be strong, not for Hollywood, but for the art.  For that thing that drives us to be crazy and mad.  For the millions of people who look up to you and want you to be all those things you are.  Just stop.  Please stop.  Just...be here.

-A Friend
Posted by Lilly Nelson at 12:35 PM No comments:

Bitter Bloggings From an Optimistic Actress: You Can't Handle the Truth

I'm not cruel person.  I never have been.  I am honest, and honesty and cruelty very often are confused for the exact same thing.  It's one of the things I dislike about the biz.

In fact, I tend to keep acting and the biz separated.  They are two different things that we do for two different reason.  The biz we do to get acting work.  Acting, we should only do, for the love and commitment to the art form.  Not for someone knowing who we are.  In fact, if the recognition is all you are out for, get a reality TV show and leave the acting to folks who want to tell stories.  But isn't it a huge validation when they do recognize you and say, wow you were great?  I would be lying if I said I didn't like to hear that my work was being recognized.  I remember getting my first real fan letter.  First person to tell me they thought I was talented.  It's a grea feeling.  But take that away.  Who would still act?  Honestly, how many of you would do this just to get to act?  Nothing else.  No recognition.  Who still wants to be an actor?  It the proverbial question.  Would you rather be an unknown brilliant actor or a terrible actor who is famous?

Hate to quote this:
Him: All I ever wanted to do was act!!!
Her: No, you wanted to be famous.

I really do my best to watch what I say, but I hate having to censor myself.  It's tiresome.  It's exhausting.  It's taking away from the thing that is most valuable when it comes to acting.  Honesty. Honesty is a very great thing.  Acting is more than just a representation of honesty.  It is honesty.  The closer to honesty we get, the better our performance becomes.  But then again I am a purist.  If I didn't have to eat or sleep or bathe I would be all about plumbing the depths of the human condition 24/7 with great gusto.

People don't like that in real life.  When you are honest, people get offended.  Guys, you know what I am talking about.  Your girlfriend asks the proverbial question,  does this make me look fat?  Yeah, that's a trap!  But if you know me you know to never ask for an opinion unless you expect the 100% truth.  That's a bad idea.  I don't like that color on you.  You look great!  Wait?  Are you getting smaller?  You aren't the be all to end all of acting.  You're being a diva and you don't have the money to do that.  Maybe you shouldn't get your SAG because you are losing yourself work.  If you think you are above everyone else you work with you might need to quit.  I have said these things to people and they get mad.  Did I mean any of these things in anger, resentment or unkindness?  No, they are honest things I only say because I care.  Diplomacy I even have trouble with on occasion because it's self censorship.  Sometimes, all people will listen to is the truth.  100% no holds barred truth.  I have been known to be disliked.  Dislike never bothers me.  Dislike, in most cases, means my opinion is a danger to your opinion.

Does anyone else think it's odd that, as actors, to get our dream job we think we need to lie?  Am I alone in spotting the inconsistency here?  We lie about our ability, lie about our type, lie about what we can and can't do, lie about the parts we have had.  The person who has never picked up an instrument in their life says, I can totally play a Harpsichord.  Someone who can't cry on cue claims to produce serious waterworks.  I was in a broadway show.  I worked with Streep.  I can tap dance on stilts on a high wire while playing the accordion and reciting Hamlet with a puppet in twelve dialects on fire.  Some of the lies are outlandish.  If you can tap dance in stilts...etc, please send a video.

What it comes down to is honesty.  That is the most important thing.  Honesty makes this career worth it.  It's what makes acting worth it.  For a moment just being real when the world is so fake.  Maybe not ourselves but still being a person who is genuine and real.

Lets make a vow to be real guys!