Dawn of Justice: Because Sometimes Even I Do Film Reviews

The following is a film review and attached to a blog which is connected to my webpage.  Odds are the pictures were gotten online from another source...but they are for reviewing purposes only.

So, after a much shorter rehearsal than I am used to I figured I would go see Batman vs Superman: Dawn of Justice.  Sadly I had gotten ahold of some spoilers months before, but these are my general thoughts.

Let's start with what I liked about the movie.
Sexy Alfred.  Really, Jeremy Irons was my favorite part of the movie.  Mostly because no matter what he does Jeremy Irons exudes this charm and intelligence that just makes my little nerd heart go crazy.  He aged well too.  He is everything Alfred was ever meant to be, and then some.  A strong character to protect and shepherd a lunatic (Bruce Wayne) on his mission for vengeance, retribution and justice.  He is kinda like cowbell.  I gotta fever, and the only cure is more Alfred.
I know some people will hate me for saying this.  But, I really liked Eisenburg's Lex.  Hear me out.  When the villain first entered the Superman universe he was an aging mad scientist bent on world domination and destruction.  Then he was a super man or sorts himself fighting crime using machines until Super Boy turned him bald and killed his creation whom he loved as a son.  Ooops.  Then in the 80's they totally revamped the character and turned him into the most evil thing imaginable.  A corporate executive.  Most recently he was retold as being the son of an abusive alcoholic.  Born into poverty he vows never to be poor again.  This is what they did with Eisenburg.  This bizarre hipster Zuckerberg wannabe is actually what we'd get if we made Lex a real live person in the modern era.  Disgusting and creepy isn't it?  "BUT HE WASN'T BALD," you say.  Like with real people, even in the comics, the baldness occurred with age in the case of Luthor.  He always started his maniacal rampage with hair.  They really just didn't give this particular Luthor a decent plot line.  Even Eisenburg must have been saying..."why would I do this?"  But I think the character was pretty spot on.  He'd have been a great Riddler in another time.

Ben Affleck will never be Bruce Wayne, but he was a good Batman.  I didn't hate his performance as much as I thought I would.  Dude got yoked.  The scene at Luthor's Party is amazing.  Holly Hunter is always amazing in everything she does.
So what did I not like about it?
I will ignore the plot holes.  Which are explained in detail here.
First of all.  If you want to make the Death of Superman.  Make the Death of Superman.  Honestly it's like they couldn't pick what movie they were making.
If another movie about Batman opens with his parents dying I am going to strangle a kitten.  Seriously, Thomas and Martha Wayne have died enough.  We know what happened by now.  Please let the Wayne's rest in peace.  Bruce is old enough I think the nightmares about their death have gone from nightly to weekly at least.  Why is Bruce always waking up from a dream in this movie anyways?  He aways seems to be suffering from night terrors.  If he is sleeping with all the socialites and models I am sure they would have warned one another by now.  "Liz, I know he is hot and rich and seemingly normal.  But the other night after a really good session, he woke in such a fit he nearly beat me to death.  Seriously.  I didn't run into a door."  All those dreams could be pulled from the film and nothing would be lost.  Not a single, solitary plot point would be missing.

So many questions.  When did Lois and Clark start dating?  Doesn't this pretty much prove the glasses disguise isn't working?  Why is Superman such a jerkwad face?  Honestly?  They give him absolutly no reason to hate Batman.  Why is it that Bruce and Clark hate one another?  From the second they meet they are at odds.  I think they both might be a little more kind to one another.  Seriously Bruce?  You are gonna tick off a press man?  Clark, you are going to pick a fight with the richest man within a hundred miles?  Why is Wonder Woman even here?  She doesn't even serve a purpose until the fight with Doomsday.  And who was their costume designer for Wonder Woman.  They need a strict talking to.

If you think about it, they give Batman very little reason to hate Superman.  He tore down my building and killed a lot of people, including one I may have liked a little and orphaned one little girl.
Seriously, Batman didn't even known Wallace until he found him trapped under a beam.  It just seemed like the characters would have understood one another a little more. 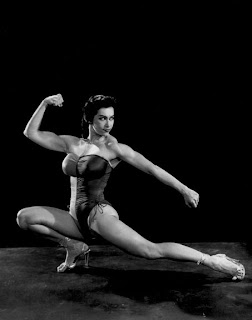 Honestly, while the heroes look like the comic book versions of their characters (save for Xena:Wonder Warrior) they can't play the every day versions of the characters.  The closest, and you will never hear this from me again, is Ben Affleck.  Cavill is the same guy as Clark Kent.  (I miss Chris)

Gal Godot.  Don't get me wrong she is very pretty.  You could bounce a quarter off that face.  This is why she will continue to be hired, because they can't tell me it is for her acting.  (Kate Winslet had a better butt:See Triple 9) Gal Godot has a gorgeous face and can throw a punch, but she really needs a dialect coach to get rid of that accent.  I will say this forever, Wonder Woman was patterned after a female body builder.  Did Zack Snyder even read the comics?  Have you seen the muscles drawn on Wonder Woman.  Her creator, William Moulton Marston, had a serious desire to be dominated by women.  Good Grief!  She will beat you down!  Gal Godot is way too small to be Wonder Woman.  I know she worked hard.  Diana was drawn after female body builders so as they got more muscular, so did she.  Sure she is a scientist and healer, but she is also an Amazon.  And this is me nitpicking here...why didn't they give her blue contacts?  Wonder Woman is Blue Eyed.

I could go on forever about unnecessary plot devices and how they were trying to make the franchise.  Is it worth a watch.  Ehh.  A good rental when you want to join the "in" crowd.